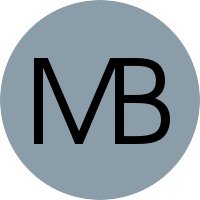 The word “Serendipity” is one of only a handful of words whose etymologies are clearly documented. Inspired by the tale written by Voltaire, Horace Walpole wrote to Horace Mann in 1754 that he formed the word

from the Persian fairy tale The Three Princes of Serendip, whose heroes “were always making discoveries, by accidents and sagacity, of things they were not in quest of”. The name stems from Serendip, an old name for Sri Lanka (aka Ceylon), from Arabic Sarandib, from Tamil “Seren deevu” or from Sanskrit Suvarnadweepa or golden island (some trace the etymology to Simhaladvipa which literally translates to “Dwelling-Place-of-Lions Island”[4]).

Last night I spoke at Serendipity Hall (held at the Grad Club), a speaker series inspired by Trampoline Hall in Toronto (which has gone on tour in Canada and has even shimmied over to the Yankee side). Over pints and nachos, non-experts talk intelligibly or rant vehemently about anything from reforms to the educational system to the correct way to tie leather dress shoes. I closed the night last night raving about “Etymologies You Should Know”–an ostentatious title for an informal meandering through a list of neat word-histories.

The friendly and seemingly ubiquitous Asad Chishti originated the event here in YGK, and I hope to see many more sets. Keep your eyes peeled for the locale of the next organization of orators over at that Serendipity tumblr.